Give yourself the gift of knowledge — subscribe to Big Think Edge: http://bit.ly/bigthinkedge

Being raised indoors might the reason young Americans struggle in the adult world.

– In the mid-’90s there was a sharp shift to overprotective parenting. In previous generations, kids were allowed to out of the house unsupervised from age 5-8, which has now become age 12-16. As a result, their independence, resilience, and problem-solving skills suffer.

– “Give childhood back to kids so that they do what they most need to do, which is develop the skills of being an independent adult. Remember that the job of a parent is to work him or herself out of a job.”

– As a resource for parents, Jonathan Haidt recommends letgrow.org.

Haidt is the author of The Coddling of the American Mind: How Good Intentions and Bad Ideas Are Setting Up a Generation for Failure (https://goo.gl/tRMc2J)

American parenting really changed in the 1990s. When I’m talking about the book I go around the country, I ask audiences: At what age were you let out? At what age could you go outside and play with your friends with no adults supervising? And I say, “Only people over 40 what’s your answer? Call it out.” And it’s: “Five, seven, eight, six, five, seven!” It’s always five to eight. That’s what we always did — between five and eight kids could go outside without an adult. They would get in arguments, they would play games, they would make rules, they were independent; they got years and years of practicing independence. Then I say: “Just people under 25 what year were you let out?” “12, 14, 13, 16!” Nobody says ten or younger. In the 1990s, as the crime rate was plummeting, as American life was getting safer and safer, Americans freaked out and thought that if they take their eyes off their children the children will be abducted. Now this goes back — the fear was stoked by cable TV in the 1980s, there were a few high profile of abductions, but it’s not until the 1990s that we really start locking kids up and saying you cannot be outside until you’re 14 or 15.

We took this essential period of childhood, from about eight to 12, when kids throughout history have practiced independence, have gotten into adventures, have made rafts and floated down the Mississippi River — we took that period and said you don’t get to practice independence until it’s too late, until that period is over. Now, a couple years before you go to college, now you can go outside. “Okay, go off to college.” And a lot of them are not ready. They’re just not used to being independent. When they get to college they need more help, they’re asking adults for more help. “Protect me from this. Punish him for saying that. Protect me from that book.”

There’s a very sharp change with kids who were born in 1995 and afterwards — surprisingly sharp. Jean Twenge in her book iGen analyzes surveys of behavior of time use and beginning with kids born in 1995, they spend a lot less time going out with friends, they don’t get a drivers license as often, they don’t drink as much, they don’t go out on dates, they don’t work for money as much. What are they doing? They’re spending a lot more time sitting on their beds with their devices interacting that way. These are the first kids who got social media when they were 13, roughly. They were subjected to much more anti-bullying content in their schools, much more adult supervision, they were raised in the years after 9/11, they were given much less recess and free play with no child left behind, there was much more testing pushed down into earlier grades.

We don’t know if this is for sure the reason, but they seem to have more difficulty working out problems on their own. The most common thing I hear is that members of Gen Z, if they overhear a joke, if they overhear someone say something, they’ll get offended and then they’ll go straight to HR, they go straight to somebody to file a complaint, where previous generations would have either just shaken it off or just said “jerk” or “asshole” or whatever.

I think there are a couple of things we can say. One is you have to take charge of device use and social media. We don’t know for sure but it looks like a two-hour limit per day is probably a good idea; keeping kids off of social media as long as possible is a good idea. It’s very hard to do this as one parent when your kid’s friends are not limited. So you’ve got to talk to your kid’s friends and all have a common front, all have a common policy then go to the schools. Schools can solve these problems collectively in ways that individual parents cannot.

TITLE: Workshop on How to promote the resilience and motivation of children

Family members’ strong emotional dependency on each other will hamper the resilience and motivation of children. In this situation, family members expect each other to think, feel and act alike; and are sensitive to the approval and recognition of the others for self. Parents who can promote the emotional autonomy of children, acting on well-thought out principles and being clear on their values will have more success with nurturing resilience and motivation in their children.

Parenting Workshop Who's in Charge Here & Beyond Resilience Part 1

The resilient child requires a caring adult. When parents show compassion, understanding and respect, it provides their child with a sense of safety and basic trust.

Dr. Daniel Siegel, author of “Mindsight” and “Parenting from the Inside Out,” makes it easy to understand the connection between emotional states and brain functions, and offers simple techniques for parents to help their children (and themselves) become more emotionally resilient.

For free mindful parenting support, as well as private coaching to support a partnership style of parenting, see…
https://www.dailygroove.com/about/

For the convenience of those stressed-out parents who will benefit the most from it, this full-length video was stitched together from six workshop excerpts, which can be found on the channel of the Dalai Lama Center for Peace and Education:
https://www.youtube.com/channel/UCxl5y2HVD2JBk7uAHu15Ecw

Raising kids that Thrive! with confidence and resilience

Webinar presentation for the FAACT/FARE-recognized Anaphylactic Food Allergy Support Group of New Mexico, given by Tamara Hubbard, LCPC on April 30, 2019. Tamara is a Licensed Clinical Professional Counselor who welcomes individuals/families managing food allergies. She is the creator of the Food Allergy Counselor Directory, and co-founder of the Food Allergy Behavioral Health Association (FABHA). www.FoodAllergyCounselor.com

For more information take a moment to check out our Happy & Well blog http://www.happyandwell.com.au/ and subscribe to our newsletter at http://tinyurl.com/lnkcr76.

– How can we be effective parents and teachers in a culture that breeds anxiety and entitlement in children?
– Is our reaction to adolescence more harmful to our kids than the possible dangers they could encounter?
– What role does risk play in preparing young people for the post-high school years?
– What are the benefits of compassionate detachment?
– Why is a sense of humour essential in the classroom and in the home?

How To Stay Resilient Through Tough Times

Resilience is the ability to bounce back and learning how to operate the equipment of our minds is probably the best thing one could do for personal development. Here are some clear steps to help you build resilience through challenging times.

For a FREE digital copy of my mini-book, Portable Positivity, visit this link:
https://bit.ly/2PoIDam

Resilience in Parenting I Crystal Krueger I Arizona Trauma Institute

Crystal Krueger, advisory board member of Arizona Trauma Institute, discusses resilient coping skills allowing parents to have a balanced response to solve problems and keep calm during challenging times. A parent’s response to stress can be more important than the stressor itself in determining outcomes. Parents are more likely to achieve healthy, favorable outcomes with a balanced response. Resilient parents have flexible thinking to problem solve, listen and validate a child’s thoughts and feelings and respond with warmth and affection building a trusting relationship. 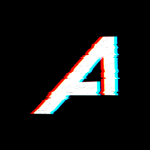